Gelato Festival in Florence in Tuscany May 23-27, 2012. When you google this you get conflicting dates.

What is gelato?  How is it different from American ice cream?

Gelato is lighter than traditional American made factory ice cream.  Gelato contains 4-8% butterfat vs 14% for ice cream in the use. Sugar content in gelato is 16-24% and ice cream is 12-16%.  It is more expensive because it is more like making home made ice cream vs factory made.

When you google this festival you get some conflicting dates.

Where did gelato come from?  Italy?  Not just Italy. Came from Rome and Egypt. Appeared in Florence and then went to France and so on ... 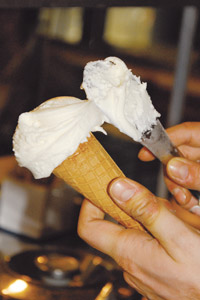 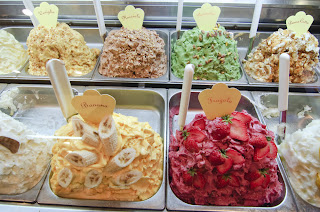 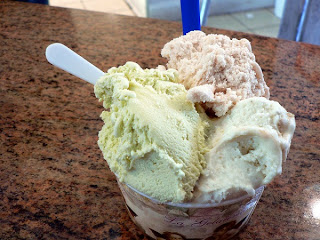 All you want to know about gelato, flavors, ingredients and more!!
You have to visit this site:
Gelato flavors decoded
And see partway down the page for some other cool links.
Photo from link below (24 things to know about Gelato)
24 Things to Know About Gelato

Posted by Internationalfoodblog.com at 11:30 AM