NOW ON TO LYON:

Lyon is a bustling, gray, industrial center on the Seine River, the third largest city in France and famous for its silks. According to many in 1975 Lyon was 2nd only to Paris as a culinary mecca and has always had many famous restaurants.

Known for its charcuterie:  pates and sausages (saucissons) for French hors d'oeuvres.  Meals (Repasts) are large and cooking is robust.

Typical Lyonnais dishes in 1975 include almost anyting made with sauteed onion, poached chicken demi-deuil, lighter than air pike dumplings, quenelles de brochet, in a coral Sauce Natua made with crayfish, or baked in a creamy cheese-glazed gratinee.

Technically a part of Burgundy, Lyon favors the wines of neighboring Beaujolais vineyards. 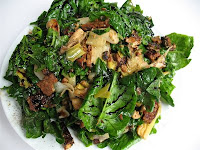 simplyrecipes.com poached egg and bacon lyonnaise as a substitute for the first recipe:

This recipe is closest to original as a substitute FROM EMERIL

Even the younger people in the South are getting away from "string" beans. Blue Lake Green beans or yellow beans will work well in this recipe.

La Glace Pralinee (Praline ice cream - you can buy on-line)
However, I would put a scoop or two of French Vanilla ice cream in each serving glass or dish after I made this sauce.  Combine 2 cups sugar, 2 Tb. lemon juice, 1/ 1/2 cups chopped almonds or hazel nuts and 1/2 cup butter and cook in a saucepan (BEWARE:  I just made this recipe up right now because I don't like making homemade ice cream in an ice cream maker) and pour this sauce over the ice cream.

make your own praline ice cream from this recipe
http://www.countryliving.com/recipefinder/praline-ice-cream-3463

make this praline sauce below & serve on vanilla or French vanilla ice cream as above. 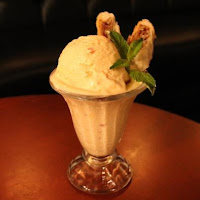 More about Lyon from WIKI
http://en.wikipedia.org/wiki/Lyon

Posted by Internationalfoodblog.com at 3:37 PM