LOTS OF INFORMATION BELOW PHOTOS!! 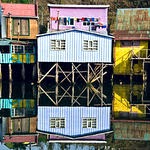 Posted by Internationalfoodblog.com at 2:46 PM