What is Sfogliatella?  An Italian dessert from the province of Salerno pronounced - See pronounciation link: 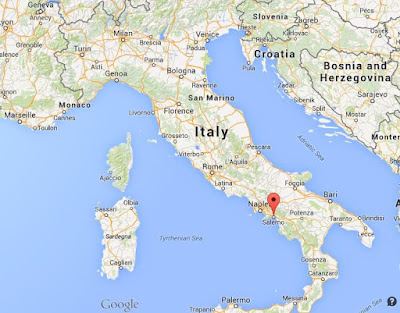 According to WIKI:
The dough is stretched out on a large table, or flattened with a pasta maker, then brushed with a fat (butter, lard, shortening, margarine, or a mixture), then rolled into a log (much like a Swss roll, but with many more layers). Disks are cut from the end, shaped to form pockets, and filled. The pastry is baked until the layers separate, forming the sfogliatella's characteristic ridges.

Recipes for the dough and filling vary. Fillings include orange-flavored ricotta, almond paste and candied peel of citron.
Recipe first came from Salerno but is popular in other areas such as Naples.  (photos below video link)
RECIPE FROM EPICURIOUS
RECIPE FROM ALLRECIPES
RECIPE FROM ALEX GUARNASCHELLI AT FOODNETWORK 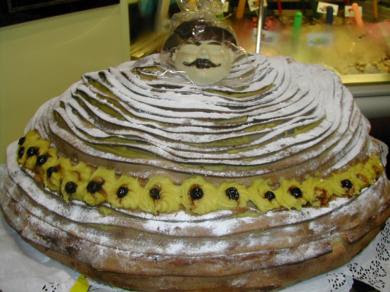 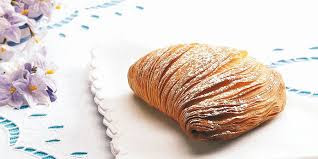 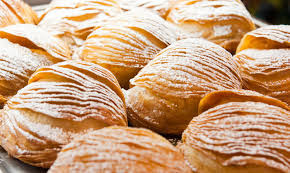 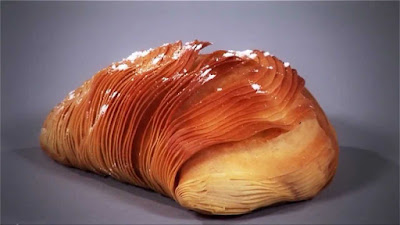 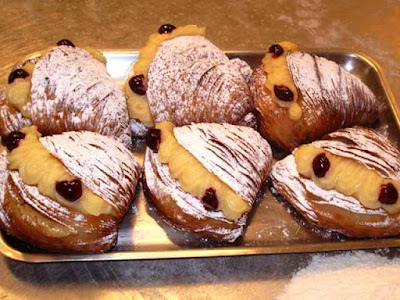 Posted by Internationalfoodblog.com at 2:28 PM