Basilicata Italy
Basilicata is in the southern part of Italy and is divided into two sections:  Matera and Potenza.  Food is with only the freshest local ingredients and prepared following ancient recipes.
Matera
The peasant traditions of Matera have given light to dishes that often make use of ingredients that are difficult to find elsewhere. Local favorites include zuppe (legume soups), fresh wild chicory served on pureed fava beans or Peperoni di Senise (red peppers that are dried, fried and salted and used as a seasoning) or sweet Majatica Olives from Ferrandina (uncured olives that are fried or salted) or Sarconian Beans or wild mushrooms or Tartufo (truffles)
Fresh meat is rare but Pignata (a mutton stew) cooked in an earthenware pot covered with a layer of bread dough which causes the pot to act like a pressure cooker in a wood burning oven. Pork sausages are popular and the most eaten Salsicce Lucana which are seasoned with fennel seeds and often pepperoncino (a fiery chili pepper).  At restaurants meals are served with Pane di Matera (oven baked bread with durum wheat flower which has a hard crust and is light yellow inside.
Matera has much in common with the region of Puglia: Orecchiette (handmade pasta) prepared with fresh tomato or with turnip greens, broccolis, cauliflower or with breadcrumb and sultana. In this province hot pepper is very used called in three different ways: diavulicchiu, frangisello, cerasella.

Another typical dish is the cotto di fichi (cooked figs) a kind of cream made of boiled and dried figs. The dish changes a bit with prickly pears instead of figs. The local Cardoncello mushroom, cooked in different ways and or eaten row with ricotta cheese, lemons and olive oil from Murge of Matera. And then the wheat and chick-peas soup, the cialled a kind of soup with stale bread, eggs, olives, tomatoes and other vegetables, but also some traditional dishes linked to the religious events.

A typical Easter dish of Matera is the cardi with cacio and eggs and the pirc'dduzz (pasta dressed with cooked wine) and a typical Easter dish of Irsina is “fusilli” with fried breadcrumb and cooked figs.
In the Metaponto area fish dishes are very common as “scapece” (fried anchovies marinated with vinegar) and the dried salted cod prepared with peppers.

Lamb and sheep are also very common in this province. Another typical dish is the gnummaridd, special rolls filled with sheep and kids giblets. It's worth to taste also eels with hot pepper, tomatoes, mint and laurel. Typical cheeses are: ricotta cheese, sheep milk cheese and burrata (fresh mozzarella and cream cheese).

Fish dishes are typical of Matera as the delicious fish soup, eels, trouts and baked codfish. But the main dish it's always the starter and in particular all kind of handmade pasta: "orecchiette", "cavatelli", strozzapreti" and "strascinate" and the typical dish "fusilli" with broad beans.

Typical desserts are: figs with honey, pasch'nisch, a September dessert prepared with semolina and cooked must; the cuccìa, as in Potenza province, a boiled wheat dessert mixed with chocolate, pomegranate, walnuts and cooked wine.

Potenza is the capital of Basilicata, which is divided into Potenza and Matera provinces. (named for their capitals). The region is crossed by the Lucanian Apennines; its main river is the Bradano. Because of a dry climate and a scarcity of groundwater, farming is difficult, although it is the occupation of most inhabitants of the generally poor region.


And don't forget about cheeses: soft cheese, "provola" (fresh cheese made in a round shape from buffalo's milk), ricotta cheese; "caciocavallo" that means "Cheese on horseback". Its name comes from the maturation method used: the curd is left to dry by placing it "straddling" upon a horizontal stick or branch; and of course the "pecorino from Moliterno".

The three most famous wines from Basilicata are: the red Aglianico (which have the Controlled origin denomination -Italian quality assurance label), the white and sparkling Moscato and the dessert wine Malvasia. 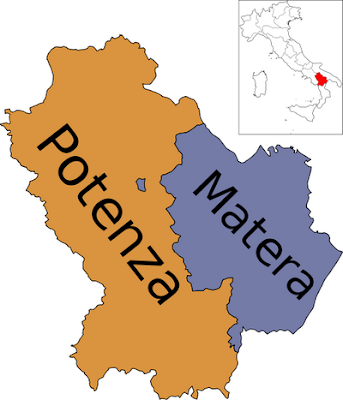 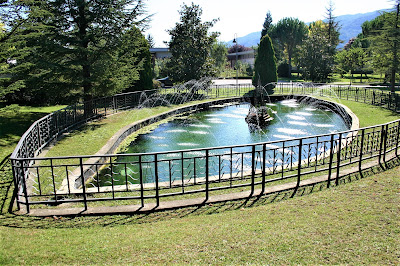 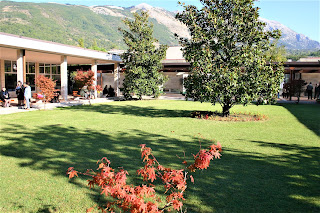 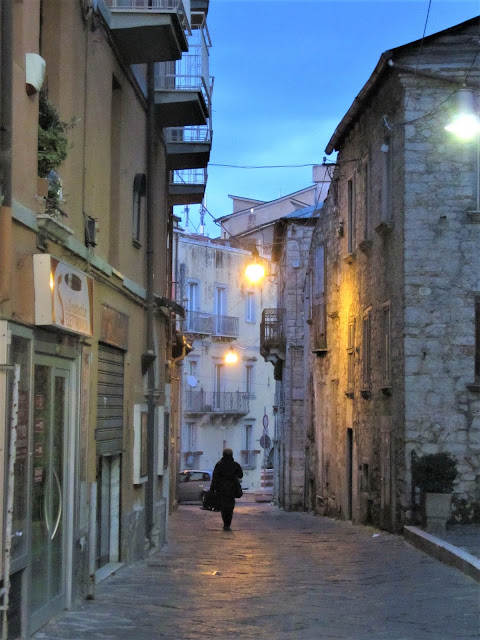 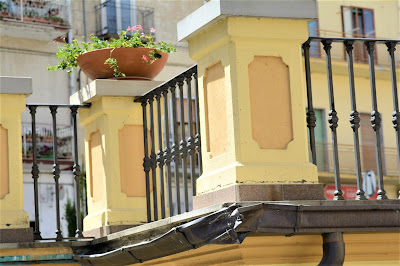 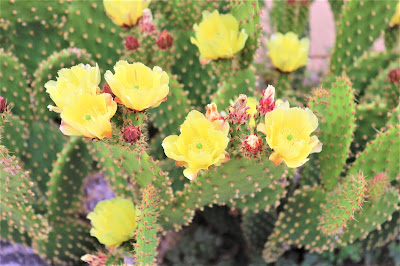 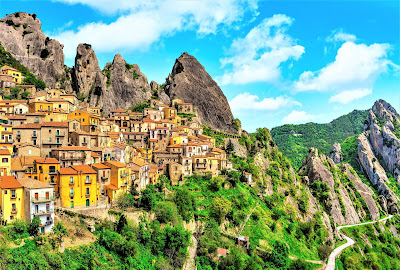 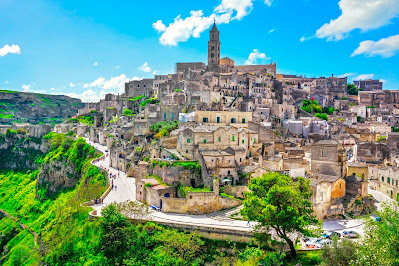 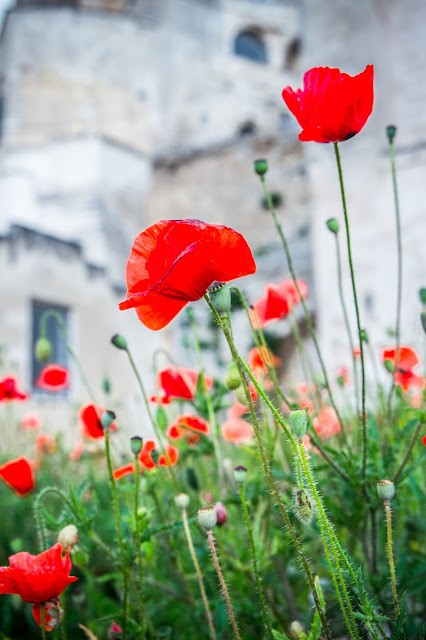 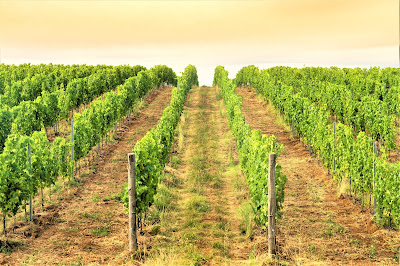 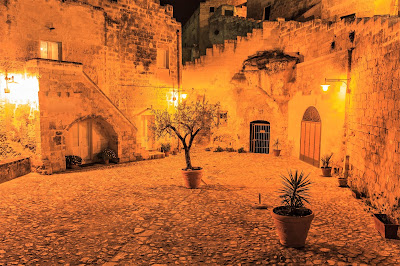 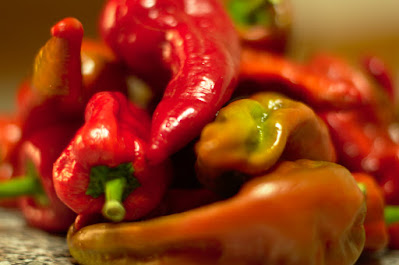 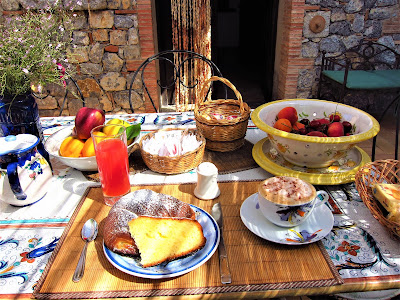 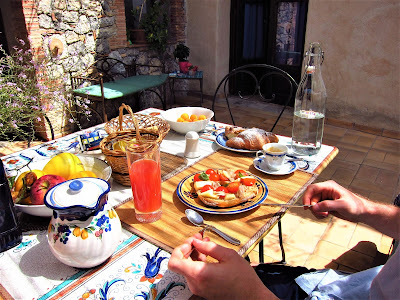 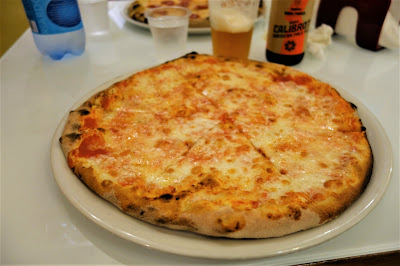 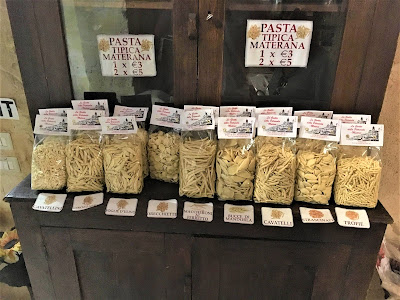 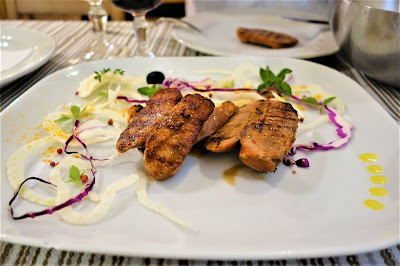 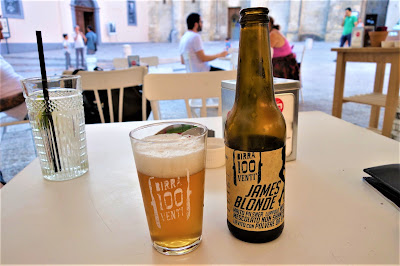 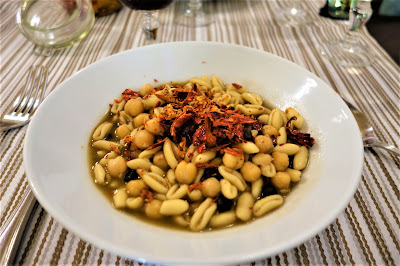 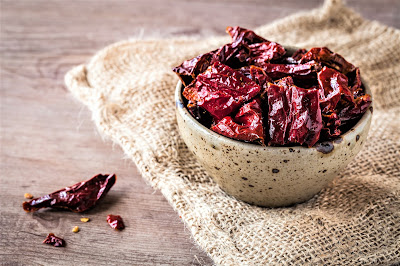 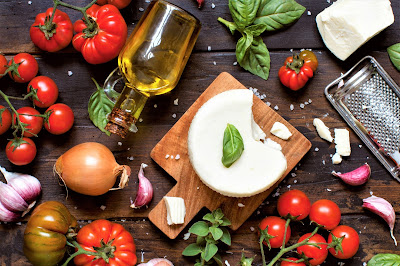