The Harmonists I - 18th & 19th century German cooking. The link is below (about German and Pennsylvania Dutch Cooking in the USA).

Did another blogpost in 2012 about Octoberfest:
German Oktoberfest caught me off guard!!

Also did a 3rd blogpost in 2012 entitled: (Alsace in France is French and German)


Our German dinner on 12/25/2011  for 9 people. I am German & have lived in Germany.  Would like to share a few tips from my sauerbraten recipe which comes from a German family I knew well from a family sauerbraten recipe.
1.  For the marinade I use red wine vinegar, sliced onions, peppercorns, juniper berries, bay leaves, cloves.
2.  The marinade is cooked over medium heat until unions are semi-soft.
3.  I brown the meat in a regular frying pan & place in a glass container, add the marinade & place in the fridge for 7-10 days.  (Alton Brown does 3 days and that is not enough.)
Turn meat at least once a day.  DO NOT STICK A FORK IN IT or the vinegar will get into the meat.  Either use your hands or wooden spoons.  No metal, please.
4.  Cook roast & marinade in an electric fry pan (stainless) & cook at 265-275 degrees for 3 hours min.
5.  Remove meat to serving dish & keep warm.
6.  Strain marinade, add the crushed gingersnaps & cook till thickened.  Serve with meat, sweet-sour red cabbage & little red potatoes. 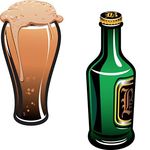 They merged their homeland cooking with ingredients available in this new country.

Shoo-fly pie:  which is a crumb pie (molasses attracts flies and you have to shoo them away).  When I moved to NC I thought it was a Southern pie but it really is a pie from the Mennonites that emigrated from PA to NC.  Just learned another food fact this month!! 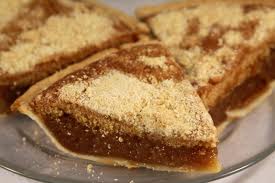 Funeral pie:  a combination of raisins and lemon 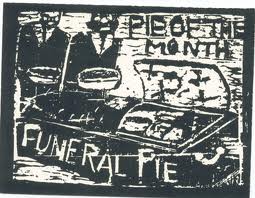 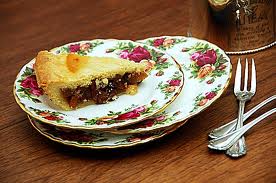 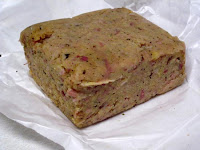 "A woman can throw out as much with a spoon as a man can bring in with a shovel."

TO SEE THE ATTACHED SCANNED JPEG OF RECIPES CLICK ON IMAGE TO MAKE LARGER: 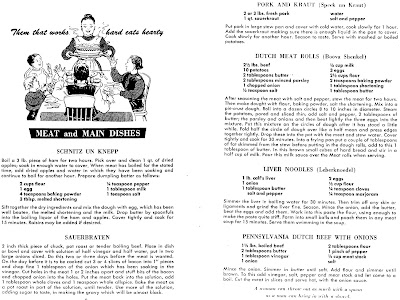 Posted by Internationalfoodblog.com at 2:26 PM