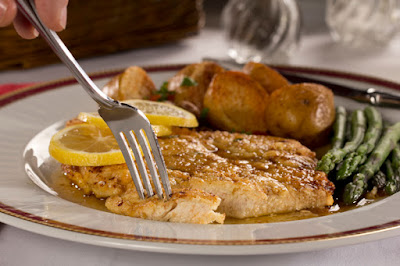 Quotes from Wiki: Chicken French is a French chicken entree that uses a breaded, egg-dipped and sauteed chicken breast, with a sauce created from sherry, butter, chicken stock, and lemon. The dish is popular in the region surrounding Rochester New York to the point where some have suggested the dish be called "Chicken Rochester". When Italian immigrants arrived in Rochester, they brought their recipes with them, including veal francese except they substituted chicken for the more expensive veal. (NOTE: Italian Veal Piccata aka Veal Francaise)

Another source says that Veal Francese had been popular in the region since the 1950s, but when consumers boycotted veal in the 1970s, area chefs like a James Cianciola successfully substituted chicken. Cianciola credits chefs Tony Mammano and Joe Cairo with bringing the dish from New York City.

Veal Piccata aka Veal Francaise (Italians substituted chicken because it was cheaper.) This is a modern day recipe from LINK FOR VEAL PICCATA/VEAL FRANCAISE 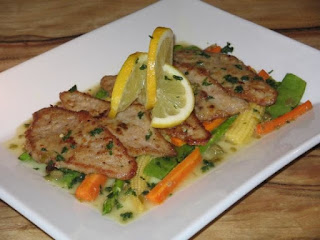