There have been many healthy debates as to who invented this sauce. France (espanole) and Spain (espanola) both claim to be the creators of this sauce.

NOTE:  There is a little tidbit about Katherine (from Aragon near Madrid, Spain), obscure but nevertheless germane.  According to one professional culinary text, upon marrying Henry VIII of England her retinue included a team of chefs.  These Spanish chefs introduced what we now call a Brown sauce or Espagnole sauce.

Since the French were prone to adopting dishes from other countries and calling them their own (from the research I have done) it is believed Henry VIII (when visiting France at the The Field of the Cloth of Gold (French: Camp du Drap d'Or) was a site in Balinghem – between Ardres in France and Guînes in the then-English Pale of Calais – that hosted a summit from 7 to 24 June 1520, between King Henry VIII of England and King Francis I of France.)
introduced the sauce created by the Spanish chefs to France.


This healthy sauce is commonly used to accompany meat dishes in Spain. Do not hesitate to try it yourself at home, but note that its flavor may be really strong. It is similar to some gravies served in other European countries, but this is a traditional recipe to prepare this Spanish-style sauce: (I have included two versions.) 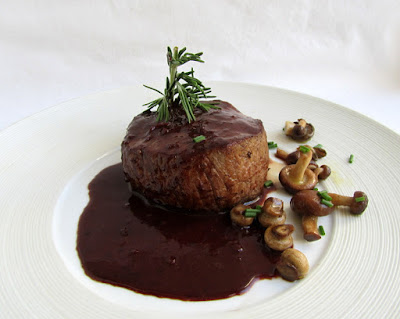 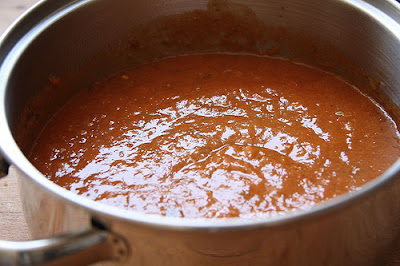 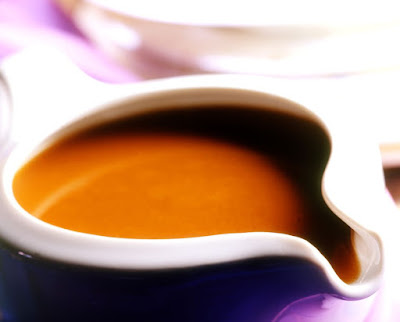 To make Brown sauce, roux, vegetables, herbs, and some form of tomato product, are added to a batch of beef or veal stock and simmered until reduced.  Recipes vary on the use of additional ingredients, the ratio of the ingredients, and the cooking time.
INGREDIENTS
2 oz. butter
2 oz. all-purpose flour
2 quarts stock from above recipe (or canned or packaged low sodium beef stock)
4 oz. tomato puree
1 small carrot, roughly chopped
1 celery stick, roughly chopped
1 small onion, roughly chopped
1 sachet d’epices
HOW TO MAKE A SACHET D'EPICES LINK
https://www.thespruce.com/sachet-depices-995785
DIRECTIONS


Melt the butter over medium heat in a small stockpot.  Add the flour and cook, stirring frequently until a golden color is achieved.  Slowly add the stock, constantly whisking until it is incorporated.  Add remaining ingredients.  Bring the sauce to a gentle simmer and cook for at least one hour, skimming the surface as necessary.  Strain through cheesecloth when finished.  Some chefs sauté the vegetables in the butter and then add the flour, or cook them separately in oil as opposed to adding them raw.
Posted by Internationalfoodblog.com at 11:47 AM