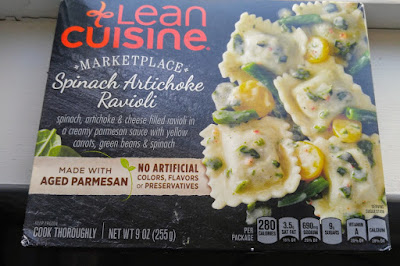 Very disappointed in this product.


I like the idea but it could be better.  No sign of spinach unless it was in the ravioli.

I ate it but wouldn't buy again!!

Posted by Internationalfoodblog.com at 4:13 PM