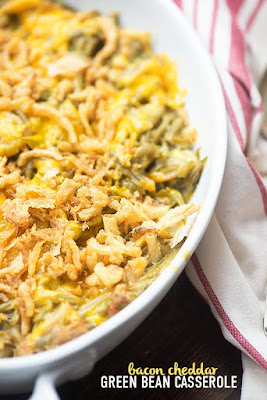 This casserole excludes the cream of mushroom soup and uses bacon and cheddar.

HISTORY: (according to wiki)